The Lenton Centre is a membership organisation. Our members are at the heart of everything we do.

Members have their say on how we are managed. They can attend our Annual General Meeting, vote on important issues and vote on who is on our Board of Trustees.

To find out more about becoming a member please email: admin@thelentoncentre.org.uk 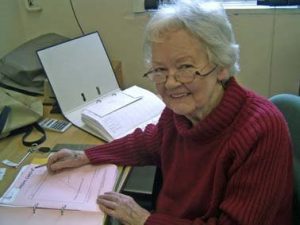 The Lenton Centre is managed by a Board of Trustees, all Trustees are members of the organisation and volunteer their time.

The Board are responsible for setting the strategic direction of the Centre and are supported by a part time Chief Executive.

The Board meets at least 10 times a year, they also have additional advisers and staff representatives attend the meetings.

To find out more about becoming a Board member please email: admin@thelentoncentre.org.uk

Megan Smith: grew up in Doncaster before studying medicine in Manchester and working as a Paediatrician. She came to Nottingham to work as a consultant at QMC before a big shift in career to become the Vicar of Lenton and a chaplain to the University of Nottingham in 2012. Community development has always been close to her heart, especially in inner-city areas, and she’s been volunteering in various projects over 25 years. She joined the TLC board in 2014 at the time of the merger of the Dunkirk & Lenton Partnership Forum (having previously been a trustee of the DPLF) bringing particular experience in safeguarding, community partnerships and strategic development, alongside training in mediation and conflict resolution.  She loves the vibrant mix of people from so many different backgrounds that makes up the community of Lenton, even though that comes with its challenges, and her current role sees her working within schools, with families and children, students and older people too. When not working she loves being out and about on a bike, baking bread and gardening. Her hope for the Lenton Centre is that it can develop its full potential for being a hub of activity in the community where many different people can thrive and work together to make Lenton the best place in Nottingham to live.

Pavlos Kotsonis is the councillor representing Lenton and Wollaton East for Nottingham City Council. He is a mathematics graduate from Glasgow university, a Chinese language speaker with language studies in Nankai university in Tianjin, China and a student of political economy and development with a masters from Birmingham University. Pavlos is a firm believer in equitable development and equal opportunity and spends most of his time doing community work. He is proud to be part of The Lenton Centre, a social enterprise that constitutes an asset for the people of Nottingham.

Dr Latifimran Jalil is an academic by profession, grew up in Lenton and has been a resident of Lenton for over 36 years. He attended Lenton Primary school, attended youth groups and even learnt to swim at The Lenton Centre (then Lenton Leisure Centre and Lenton Community Association). When the building was threatened with closure in 2004, Latifimran was there protesting against its closure.

Latifimran was the Trustee of the Lenton and Dunkirk partnership forum before it merged with the TLC, and joined the TLC board in 2018 and is currently the Trustee of two other charities in Nottingham, The AL ZAHRA Foundation since 2009 and Al-Hurraya since 2017.

Tom grew up in Arnold and has worked within the sport and leisure sector for 10 years, where he started as a Lifeguard and worked his way up to management level.

Tom is a qualified in Health and Safety and is also an instructor that delivers a range of courses that included First Aid, Safeguarding & First Aid for Mental Health

Tom feels that they is no such thing as a problem, it’s more of a challenge we haven’t met yet and is looking forward to supporting The Lenton Centre.

Matt moved to Nottingham after he graduated in 1991, and has made it his home since, living close to The Lenton Centre.

Always a keen cyclist, he took up running in his 40’s, and learned to swim in 2013.  Now a keen amateur triathlete, he’s spent many an hour completing lengths in TLC whilst training for his next event.

Matt is a Chartered Accountant working as a management consultant, and is hoping he can help TLC with ongoing operational and financial review for the continued success of the centre